The History of shorinji kempo 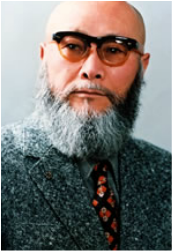 The Founder, Doshin So
The History of Shorinji Kempo


The story of Shorinji Kempo begins with Doshin So, who was born in 1911 in Okayama prefecture as the eldest son of a customs officer. After the death of his father at a young age, Doshin So was sent to live with his grandfather in Manchuria. During his time in China, Doshin So traveled extensively throughout the country.
It was during his travels that he was brought into contact with the scattered remnants of Chinese martial arts, which at the time were mysterious arts practiced in secret. Among the many disciplines he studied, the most pivotal was his education under Wen Laoshi, the 20th Master of the Northern Shorinji Giwamonken School. At a ceremony held at the Shaolin Temple in 1936, Doshin So became Wen-Laoshi's direct successor, the 21st Master. 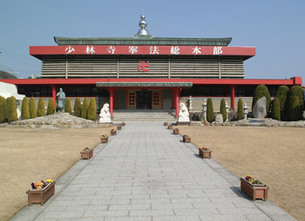 Shorinji Kempo Headquarters Japan
Unfortunately, his time in China was marked by turmoil. In China, the early half of the century was marked by constant social and political upheaval, which culminated in the Russian incursion into Manchuria, Japan's defeat and more personally, a year of suffering under the occupying Russian army. It was during this time that Doshin So experienced the misery and suffering of defeat in a foreign land, and the devastating results which ensued when greed and power lust subjugated justice, morality and humanity.
During this difficult period, Doshin So realized that it was not ideology, political or religious beliefs or national policies which were the determining factor on the course of events, but rather the principles and character of the people. It was this realization which lead him to make his most famous remark

"The person! The person! Everything depends on the quality of the person!"
Doshin So's realization would profoundly affect the course of his future life and many years later, directly influence the philosophy and ideals behind Shorinji Kempo. At the time of his realization however, Shorinji Kempo was still a few years in the future. The defeat of Japan in the war saw Doshin So returning to Japan in June 1946, choosing to settle down in a little seaport called Tadotsu, on the quiet island of Shikoku a few hours away from Osaka.
Unfortunately, his return to Japan was anything but pleasant, for he found his homeland in just as much upheaval as the one he had just left, with its people lost and without hope. Society had fragmented and violence against all and sundry was common.
Doshin So was determined to do his part to rebuild his beloved Japan and believed that change could only come if he could change the will and spirit of the people, Recognizing that preaching and lecturing would have no effect on their own, Doshin So decided to create a physical discipline which would provide the helpless people with a way to protect themselves from the violence around them.
He systemised the varied martial arts techniques he had learned while in China, re-organising the disparate techniques into a new technical system that students would be able to grasp more easily and enjoy learning. At the same time, he incorporated his philosophical insights into the system, making them an integral part of the whole. He termed the entire system Shorinji Kempo, in homage to the original art on which it was based.
In the beginning, Kaiso, or 'founder' as he came to be called, taught students in a training hall in his home. Each student would be taught the techniques individually and along with the self defense lessons, he imparted his views on life, the world and the importance of a person's character. Over time, more and more students came to the little training hall to learn this new art. Recognizing that the only way to expand and reach out to more people was through offering a bigger space to train, in 1965 he established the Shorinji Kempo Hombu (headquarters) dojo.

​Over the years, even more students joined Shorinji Kempo and eventually the discipline even began spreading overseas. As of 2007, Shorinji Kempo is practiced in 33 countries worldwide. To maintain Kaiso's legacy and to administer the many new branches operating around the world, the International Shorinji Kempo Federation was established in 1972, which eventually evolved into the World Shorinji Kempo Organization (WSKO) of today.
Kaiso dedicated the rest of his life to nurturing and expanding Shorinji Kempo, giving lectures and travelling around the country to visit the dojos in person. 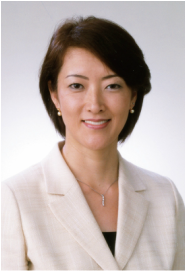 Yuuki So
​On May 12 1980 Kaiso died of heart disease. Since then, his daughter Yuuki So (also known as Doshin So II) continued his work as ​the head of the Shorinji Kempo movement, until her retirement in 2020 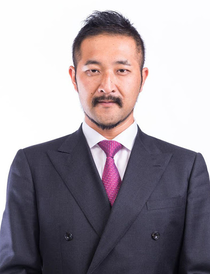 ​Today, there are about 1.5 million kenshi in 33 countries.